The city of Fatehabad is situated 48 kilometers in the North West direction of Hisar and lies on the road of Delhi- Hisar-Sulemanki. The city is known for its historical legacy and numerous sightseeing locations. Traveling to Fatehabad can be an unforgettable experience with lots more to explore and enjoy. The famous Mughal ruler Firoj Shah Tuglak was the founder of this city and he named the place after “Fateh Khan”, his son. Earlier the site used to be a hunting ground where a canal was dug by Fijoj Shah linking it to River Ghaggar to furnish the city with water supply. Firoj Shah also constructed a fort in Fatehabad, now one can see the remains only. The fortification walls of the fort can be still witnessed on the East of Fatehabad city. 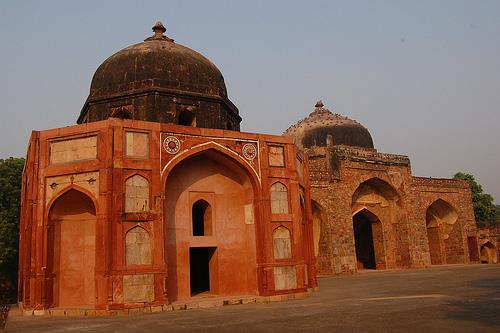 
Places to Visit In and Around Fatehabad

Fatehabad attracts the tourists with its bounteous attractions spread throughout the city as well as in the vicinity of the place. The place abounds with monuments and archeological forts. Let us have a brief enlightenment on the various places of attractions located in and around Fatehabad.

This renowned mosque of Fatehabad was erected by the famous Mughal Ruler, Humayun. It is said that Humayun used to visit this mosque and offer prayers especially on Fridays. Later another mosque was also constructed at this place to pay honor to him. It took almost 30 years to complete the construction of this mosque i.e. from 1526-1556. The Mughal style architecture of this mosque enthralls all and sundry. 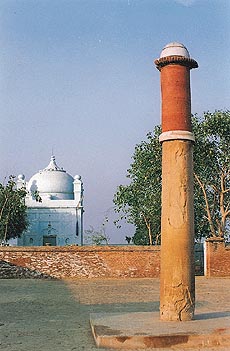 This famous Lat was constructed by the Mughal Emperor Ashoka in Agroha or Hansi in the state of Haryana. It was also named as the “Kirti Stambh of Ashoka”. Later, Firoj Shah Tuglak dismantled this towering pillar and shifted the lower portion of the pillar to the city of Fatehabad. Later, this portion was employed for constructing a new pillar here.

This famous site is basically an archeological spot which is nestled just about 15 kms away from Fatehabad. This 10 m high mound is extended over approx. 1 square mile area. There have been numerous excavations at this spot, which have disclosed some very precious historical facts about the Harappan (2300 BC- 1800 BC) and Pre-Harappan(2800 BC – 2300 BC) period.

This is another historical mound which is positioned at the bank of the desiccated Saraswati River in the Fatehabad area. This site is considered to be one of the most ancient archeological sites of Haryana. The excavations performed at this very site divulge an ocean of information on the Pre Harappan and Harappan culture.


Where to Stay in Fatehabad ?

There is a myriad of options for accommodating the tourists in the city. For luxurious sojourns there are 5 star hotels and lavish resorts in the city which will mesmerize the tourists with their splendor and state-of-the-art amenities. For those who are looking for affordable accommodation options, there are plenty of budget as well as mid-range hotels in the city. Amarta Resort, Rangoli Resort and Papiha Resorts are some of the most sought-after luxurious resorts in Fatehabad that are extremely popular for their remarkable facilities and hospitality. During the peak season tourists are advised to book these places beforehand.


Where to Eat in Fatehabad ?

Fatehabad quenches your hunger pangs by offering a number of eateries in the city. These eateries offer a mix of vegetarian, non-vegetarian cuisines as well as snacks and fast food items. The residents of Fatehabad mainly love to relish vegetarian preparations. Some of the eminent eateries in Fatehabad are Duke Restaurant, Mangal Deep Restaurant, Naaz Restaurant, Dosa Club and Lazeez Restaurant.


How to Reach Fatehabad ?

Fatehabad is linked with all the important towns and nearby villages within the district and Haryana State via efficient railway and road network services. National Highway 10 connects the city with Delhi and Punjab cities. From Delhi and Chandigarh one can easily arrive at Fatehabad as both the cities are within the limit of 230 kilometers. Bhatinda Rail head is located in close proximity (approx 103 kms away) to the city and is the nearest railway station to Fatehabad. Within the city one can bank on the local bus services and autos to reach the local spots. There are 2 bus stops in the city- Old Bus Stop and New Bus Stop. Since the city lies on NH 10 hence it is well linked to the bus route. 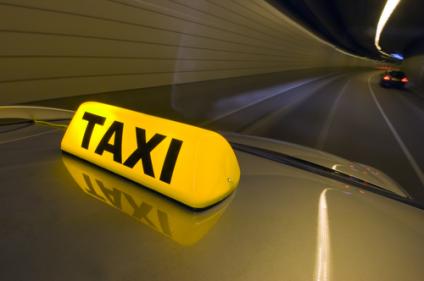 
What to Shop in Fatehabad ?

To enjoy a complete shopping experience at Fatehabad, one can explore the local markets of the city such as Palika Bazaar, 4 Marla Colony, Main Market and the Hans market. These markets contain almost anything and everything under a single roof. Local craftsmen carve out lovely leather shoes which are embroidered with intricate thread work. These vibrant and hard-wearing shoes are one of the most sought-after shopping items in Fatehabad. Hand-woven Carpets or Daris, embroidered garments, jewelry pieces and art objects are the some other important items that one can buy in Fatehabad at quite affordable prices.