Haryana is also known as the cattle-rich state of India. Being located in Haryana, the city of Fatehabad also abounds with milk products. The locals enjoy vegetarian cuisines and do not use artificial flavors in their food preparations. All the delicacies are consumed fresh and are delicious as well as full of nutrition.

The “Roti” is reckoned as the staple food of Fatehabad. These rotis are either made of “Baajra” or “Wheat”. Rajma or the Kidney Beans is also consumed with rice and is included in the menu quite often. “Baajre ki Khichri” (made of Baajra and rice) is a wholesome dish which is consumed almost daily in every household. People are also fond of “Mixed Daal (made with a mixture of a number of pulses) and “Bathue ka Raita” (made of yoghurt and Bathua leaves). Another side dish is “Kadhi” which is served with rice and is quite popular here.

“Lassi” is a popular drink in Fatehabad which is made of yoghurt and is consumed daily in every household. Butter and Ghee are prepared at home and are incorporated in the daily diet. The other milk based sweet dishes include- Kheer, Gajar ka Halwa, Sherbat and Rabri.

Methi Gajar, Hara Cholia(made with cottage cheese, green chana and spices), Bajra Alu Roti, Besan Masala Roti, Singri Sabzi, Pethe ki Sabzi and Teet Achar are some well-known cuisines of the city.
There are various sweet preparations which are especially made during the important festivals, like Churma, Malpua, Laddu, Peda and Thandai etc. just to name a few. 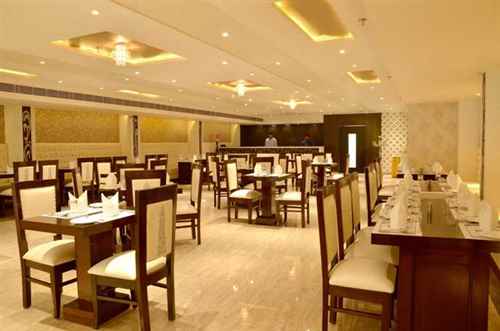 Fatehabad has a handful of eateries which offer a variety of scrumptious cuisines which include veg, non-veg, fast foods and snacks items. Although these eateries don’t have the edge over the big and renowned hotels, yet they are good enough to satiate the taste buds of the locals as well as the tourists.

Below is a list which contains the top restaurants and eateries of Fatehabad: