Fatehabad although being a small city in Haryana, offers a plethora of shopping options to its residents as well as travelers. The city houses a number of malls, local markets, general stores, grocery shops, gift shops, electronics, jewelry, footwear, furniture, computers and mobile shops in the city. The article will tell you about how you can splurge on miscellaneous shopping in Fatehabad. Following are some categories that you can focus on to quench your shopping euphoria. 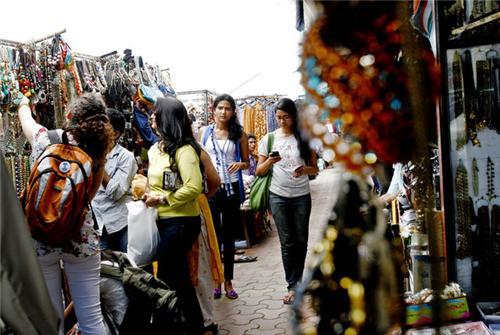 Fatehabad gives shelter to some very popular local markets which house a range of shopping products. These markets are the most sought-after shopping destinations for the residents of Fatehabad. The Palika Bazar, Main Bazaar, 4 Marla Colony and Hans Market are some of the noteworthy markets of Fatehabad. These markets sell almost everything including electronic showrooms, jewelry shops, studios, book shops and garment stores etc.

Shopping malls in Fatehabad encompass a collection of buildings and each building has various shops inside it. Within these malls you can find an assortment of boutiques, branded and non-branded garments shops, footwear stores, electronic stores, jewelry shops, movie theaters, arcades, kiosks and food courts. Due to commercialization and the increasing popularity of malls, Fatehabad has also become successful in attracting a huge amount of visitors to its newly established malls. Nowadays a majority of people prefer to visit the malls on weekends and on holidays, due to the availability of numerous services and stores all under the same roof. Fatehabad malls also offer ample parking spaces for people. Following are some renowned malls in Fatehabad:

Fatehabad is famous for its leather shoes crafted by the skillful local craftsmen. These shoes are embellished with beautiful thread work. These are famous for their stunning look, vibrant color options and durability. These long-lasting shoes should be definitely in your shopping list if you happen to be in Fatehabad. Adidas Exclusive Store, Subhash Shoe Store, Shagun Footwear, Nike Exclusive Store, Lucky Footwear, Metro and Reebok are some well-known footwear shops in Fatehabad.

Fatehabad brags of some outstanding jewelry shops which house a stunning jewelry collection. The jewelers of the city are trustworthy and you can bank on them for genuine silver and gold ornaments. The shops offer a vast diversity of jewelry pieces which include necklaces, bangles, earrings and other body ornaments that you can purchase for various occasions like wedding or festivities. B.R. Jewelers, S.K Jewelers, Tulsi Jewelers and Tuteja Jeweler are a few which stand out among the various jewellery shops in Fatehabad.

Nowadays, everybody has a dire need of mobile phones and computers. To perform multiple tasks, computers are needed in every field in today’s age. Offices, homes, departmental stores, malls, hospitals, railways all require computers. Mobile phones are another prerequisite after computers to be in touch with your close friends and acquaintances. Fatehabad brags of some brilliant computer and mobile shops in the city which caters to the residents of the area.

Whether you are a resident of Fatehabad or you are an outsider visiting the city for the first time, the city will never make you disappointed when it comes to garment shopping. There is no dearth of readymade garment shops in the city. Cotton County Exclusive Store, SAI Fashion Wear & General Store, Radhey Radhey Fashion Wear & Readymade and Rainbow Garments are some notable names in the readymade garment shops of Fatehabad.

In every nook and corner of the various localities of Fatehabad there are some extremely useful general stores. These stores contain a huge stock of items of daily use like various food items like eggs, bread, milk etc., electrical and hardware supplies etc. Some of the noteworthy general stores in Fatehabad have been listed below:

Thus, we see that in Fatehabad there is no dearth of shopping places for the locals as well as the tourists. Once you are in Fatehabad, don’t forget to check out the the Main Bazaar, Palika Bazar and Hans Market to shell out on an assortment of products. If you are in Fatehabad for the first time you must splurge on the beautiful carpets and leather shoes especially crafted by the skilled craftsmen of the nearby villages of Fatehabad.